Although information factories might not spew out black smoke or grind greasy cogs, they are not bereft of environmental impact. As demand for Internet and mobile-phone traffic skyrockets, the information industry could lead to an explosion in energy use. Already, data centres use an estimated 200 terawatt hours (TWh) each year. That is more than the national energy consumption of some countries. Data-center electricity demand has remained roughly level over the past half-decade, in part because of the ‘hyperscale shift’ — the rise of super-efficient information factories that use an organized, uniform computing architecture that easily scales up to hundreds of thousands of servers. While “The trend is good right now, it’s questionable what it’s going to look like in 5–10 years,” says Dale Sartor, who oversees the Center of Expertise for Energy Efficiency in Data Centers at the US Department of Energy’s Lawrence Berkeley National Laboratory in Berkeley, California. 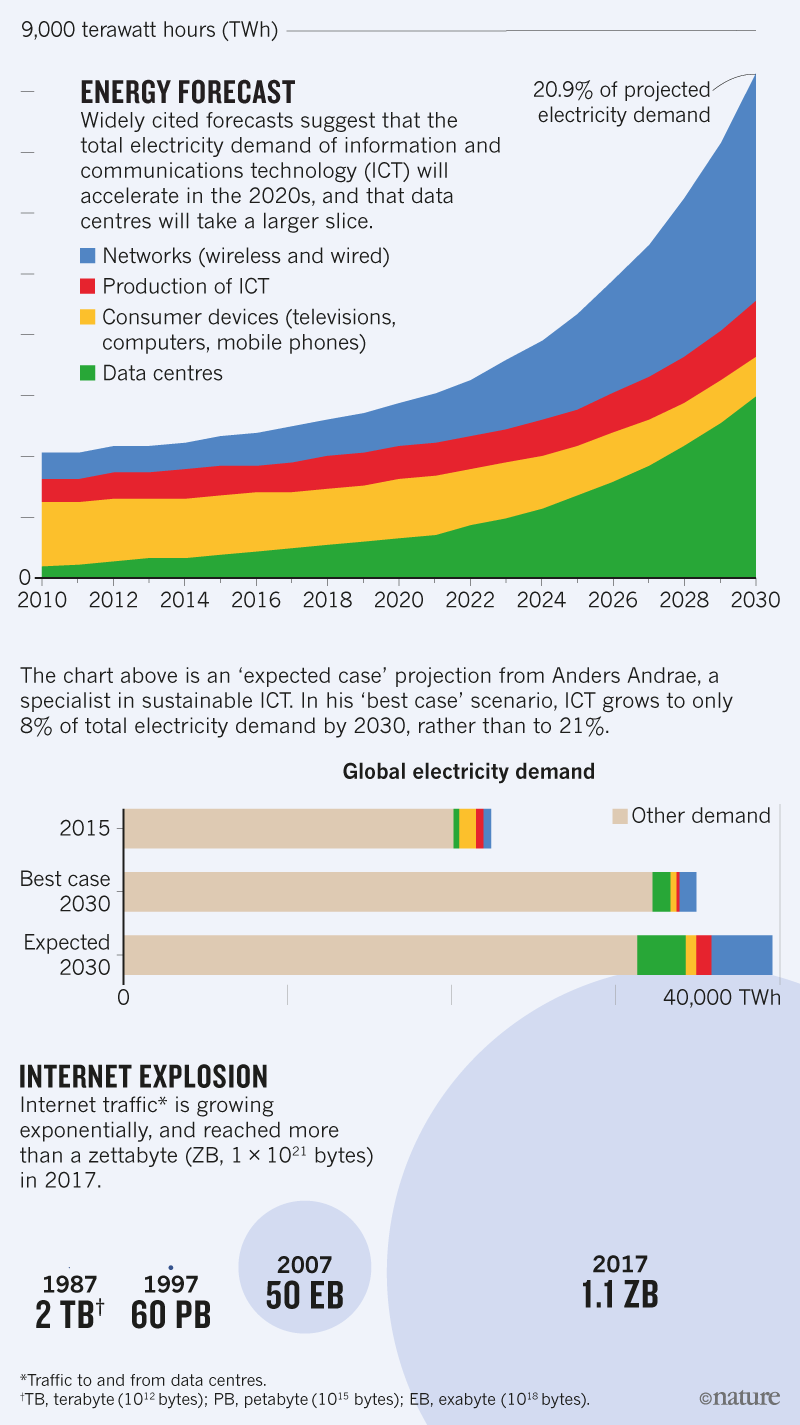